"Tab has made us legit! In a place this far out, cash has been the only way to do business as the banks just haven't caught up. But most of our clients from abroad prefer to pay with their cards." 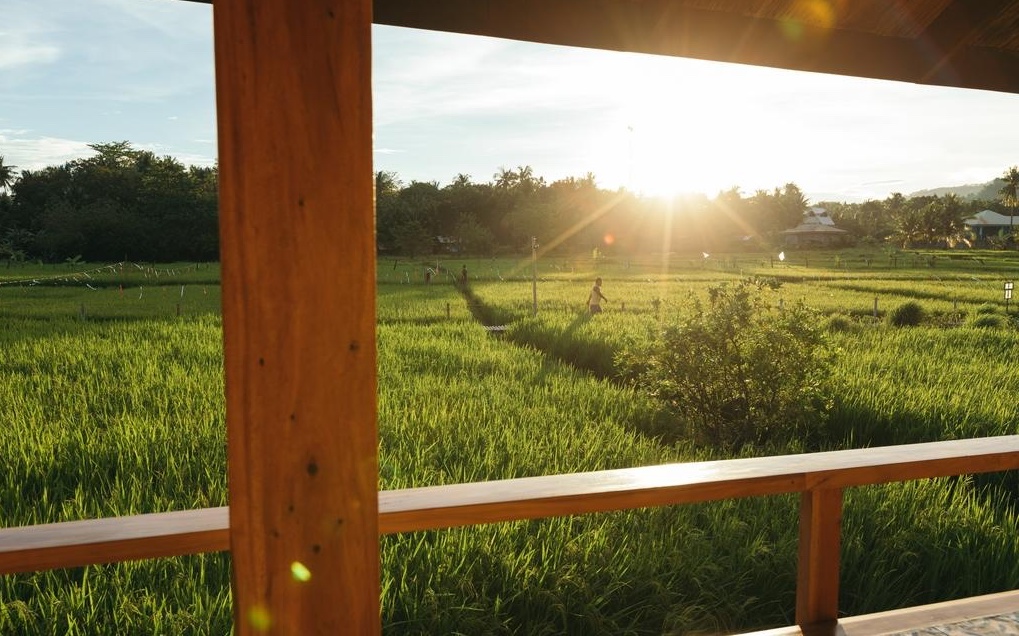 When did you open Guerrera Rice Paddy Villas and Restaurant?

We opened the restaurant in 2015 and added the rooms a year later.

What do you love most about Guerrera Rice Paddy Villas and Restaurant?

It's not accurate to say we started as hole-in-the-wall as our first restaurant (before Guerrera) was outside, under a tarpaulin, and unbeknownst to us at the start, located in a flood-prone area. So when it rained hard the cooks were standing in 4 inches of water trying to read order slips that sometimes would just float away. Waiters would arrive at tables with that "just got out of the shower " look. But we learned to laugh at ourselves in those rugged startup days so when I look back, what I love most is that we took all of those early lessons and instead of letting them bury us, we made something out of them. Something pretty cool actually.

What has been the most rewarding part of opening Guerrera Rice Paddy Villas and Restaurant?

In our previous restaurants in a more metropolitan part of the country, there were so many nights of exhaustion where the idea of Guerrera was the only thing that made those times bearable... that and a few glasses of wine both during and after the shift. So while it was really quite an experience to see the place come together piece by piece, decision by decision, it was that very first time when the lights came on and the doors opened, that was really so memorable. That night, under the stars, Carmel and I danced by the rice paddies, in the way like you do at your wedding, except it was just the two of us and a few hundred thousand frogs.

On a nightly basis, it's so rewarding to be doing this with each other and with our family. Sometimes I'll put on a piece of music and I'll look back to see everybody at their kitchen stations working and moving and everyone is in sync and having fun... and we don't really have to say it to each other, but everybody knows this is exactly where we're all supposed to be.

It's one thing to have a sense of humor and a realistic vision for your business, but both of those were challenged when a rebellion suddenly jumped off in an apparently not-far-enough province. Suffice it to say it was not on our hospitality startup checklist. And we were rolling along pretty well up until then and then the entire island just went to sleep, for several months, until the military finally resolved it. So it wasn't us who overcame it, but through the experience, it forced us to really practice sustainability in a real-world way. We were already growing a lot of our own rice and vegetables but it was not the necessity it became after the crisis.  Now it was more like we have to make sure that stuff grows or we can't feed people. We also had to think about other means outside of tourism and that habit has stuck until this day.

Tell us about your team...

My wife Carmel and I started it with a few cousins of ours and we all remain the core team since day 1. Carmel is our exec chef and she's really tough, as in Gunnery Sargent Hartman tough. That's why I spend most of my time on the other side of the counter, but we both cook. When we opened our first spot in 2011, I had perhaps one or two employees, but mostly, nobody else had a single clue what the heck we were doing back then. Fast forward to now and  everybody wears a dozen different hats, can literally do every job in the house,  and I honestly feel like now I'm the one who has no idea what's going on half the time. So going back to the earlier question... whether things are going well or not so well, when you all are working together for something and you all really care about it, it's a feeling that can only be topped when all those people are your family. We have also been really fortunate to have found a few like-minded (as in crazy) folks from Camiguin Island who have added their distinctiveness to our collective.

What's next for Guerrera Rice Paddy Villas and Restaurant?

Steady as she goes as far as the resort. We're done building things out of concrete, but there is never an end to the projects that we want to do, particularly in the kitchen. We're located about as remote as one can go in this world, but when we really want to eat something, there's pretty much nothing in the universe that's going to stop us from making it.

How has Tab helped Guerrera Rice Paddy Villas and Restaurant?

Tab has made us legit! In a place this far out, cash has been the only way to do business as the banks just haven't caught up. But most of our clients from abroad prefer to pay with their cards and we've always had to hang our heads on the low whenever they've asked. Now there's no more shame and we've had to tell staff to relax when guests are taking the famous "Tab selfie" as Filipinos are prone to instinctively hurling themselves into any available photo opportunity. You want to draw a crowd in a few seconds in this country, simply lift up your arm and stare at it. You seriously don't even need to have a phone.

Why is Camiguin Island a great place to visit?

It remains off the main tourist trail so if you don't want to see hordes of people, this is your spot.  There's ample opportunity to see and interact with Filipino people who have no connection to the traveler business, and most of them actually want to talk to you. The island also has some incredible natural attractions but I would add that you have to get yourself up to see them. Go for a walk or a bike ride. Speeding around the island in a nice white van isn't the coolest way to see Camiguin.

What are your local recommendations in Camiguin Island?

My general rule, and this is not just about Camiguin, is that the main road is not where it's at. Neither are the mainstream travel websites. You have to be curious and head down all those little side pathways to find the most interesting places. I'm not going to say what those are, but you will know when you've found them. And Camiguin has plenty.
_

What would your advice be for anyone thinking about starting their own hotel business?

Work in a hotel for a day, even if they don't pay you for it. This is the service industry and just because you've visited a lot of places and eaten in many restaurants, that does not qualify you to host customers, handle cash flow, do repairs, diffuse dramas, and about a million other things you rarely do in say, an office job.

If after that day you still want in, then just make sure you have a solid vision of what you want to do and how you see it all unfolding. And then follow it and just don't allow anything to get in your way, not even failure, as you will likely encounter it at some point.

You can find out more about Guerrera Rice Paddy Villas and Restaurant on their website at http://guerrera.ph or on their Instagram @guerreracamiguin.

"It's an easy, secure system, with plenty of support."

"It's the first online payment gateway that we've used, it's really user-friendly and clients love it."

"Being able to accept credit cards is huge for us because we are so remote. The nearest ATM is an 1.5 boat ride plus a 30 minute drive away. So many people come to the area unprepared for that and now clients don't have to worry that they didn't bring enough cash to do the amazing activities we offer."

Apply for an account in 10 minutes, or book a call with our team and we'll answer any questions you have.

If you prefer to only add your business to The Guide for now, you can do that here.
Apply Now
Book a Call 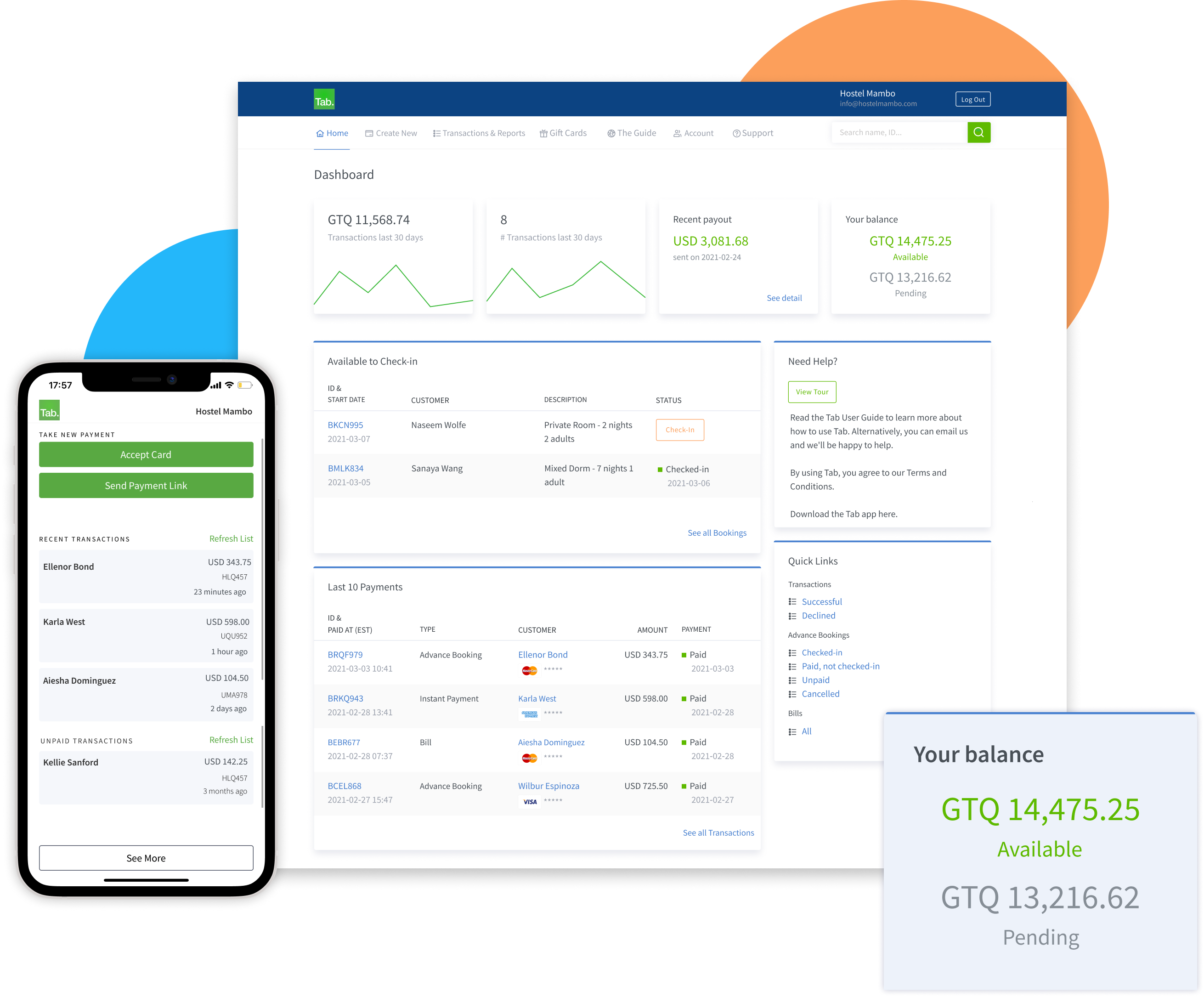